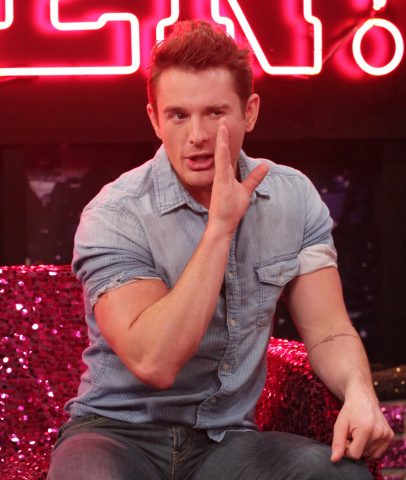 From the notorious murder of his former employer to the mainstream film made about his life, there are few things that Brent hasn’t experienced.

During his interview on Hey Qween! Brent revealed something about his childhood that not many knew about.

“I was gender confused,” Brent explained. “My parents let me grow out of it and looking back, I know they were frustrated.”

“I was that kid who wore a long t shirt and a rubber band around my waist with no shoes on because I only had boy shoes.”

As Brent got older and began emerging into the industry, he revealed that being “masculine” became extremely important to him. But as time went on, his feelings began to shift.

“Fast-forward to my mid-twenties when I did some drag and even to this day I still subscribe to androgynous thing. I love my muscles, but I also love my heels.”

Of course, the question everyone wants to know is… would Brent Corrigan ever do “RuPaul’s Drag Race?”

You’ll have to check out the interview to find out!