Charlie Hides Tells Her Side of The Story on Hey Qween! 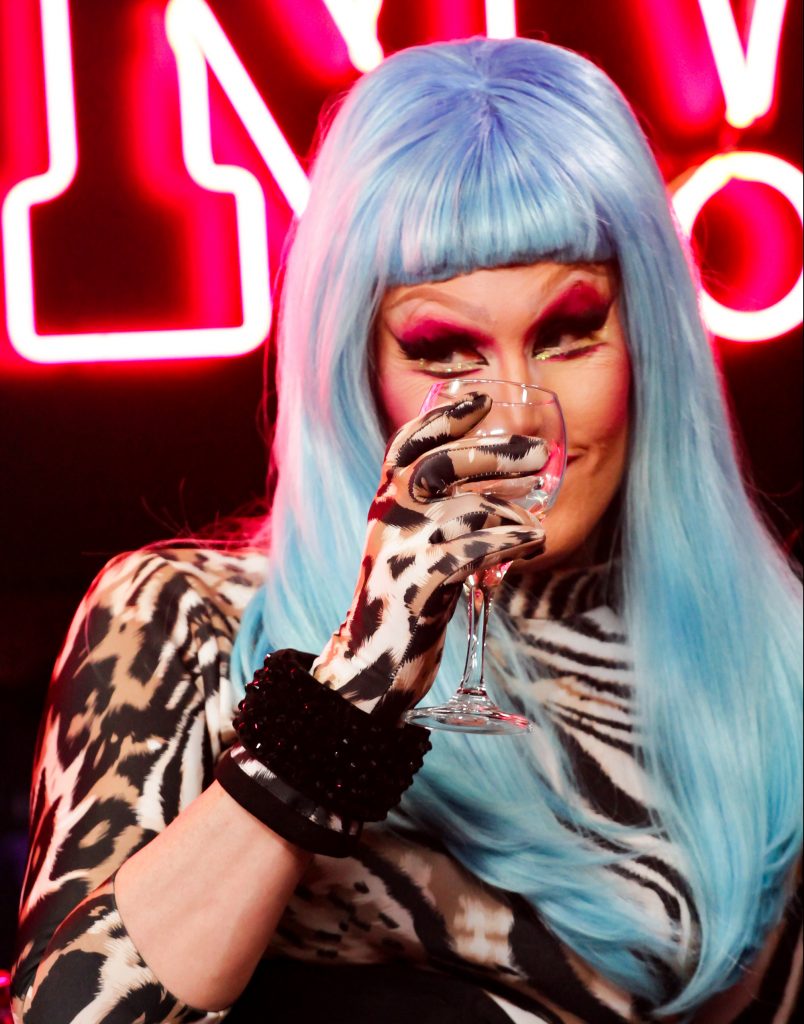 Charlie Hides has jumped the pond and landed straight into the Hey Qween studio this week!

From long career in drag to life after “RuPaul’s Drag Race” and everything in between, Charlie Hides arrived ready to tell her side of the story.

At the age of 52, Charlie is the oldest “Drag Race” contestant to ever enter the show, a title she holds proudly. But as we all saw, her age and wisdom wasn’t enough to save her from the realities of this intense competition.

“When I saw Farrah Moan and Valentina… I thought ‘this is Drag Race, this is Toddlers And Tiaras,'” she reveals. “Aja looked like a sperm in a dress, he looked so young!”

After slaying the runway in her Gaga couture in the first episode, Charlie and the rest of the contestants were informed they’d have to take on a cheer leading challenge. And while some of the younger queens excelled, Charlie’s fate on the show was sealed the moment she cracked her rib.

“It was after the cheer leading challenge that led to me not getting any sleep. Every time I’d roll over it would be like a knife in my ribs. I can do a few nights without sleep, but after a while I was hallucinating, Eureka looked friendly, Aja looked exactly like her face-tuned pictures.”

Oh Charlie, always finding a way to throw in a playful dig.

She reveals that she ended up having to duct tape her ribs and was caught by Nina Bonina Brown and Cynthia Lee Fontaine when getting ready for the lingerie runway challenge, a moment caught on camera, but not shown during the show.

When it came time for the lip sync, Charlie says she was channeling authentic Britney Spears cira 2007 (“You’re dressed like a slut, lip sync badly and look dead behind the eyes.” Again, oh Charlie).

“I knew I was capable of taking two steps to the left and two steps to the right and walk a little, but if you do that you’ll look so lame so I told myself to stay put,” Charlie says regarding her infamous lip sync.

To get even more of Charlie’s side of the story be sure to watch parts 1, 2 and 3 of her interview!