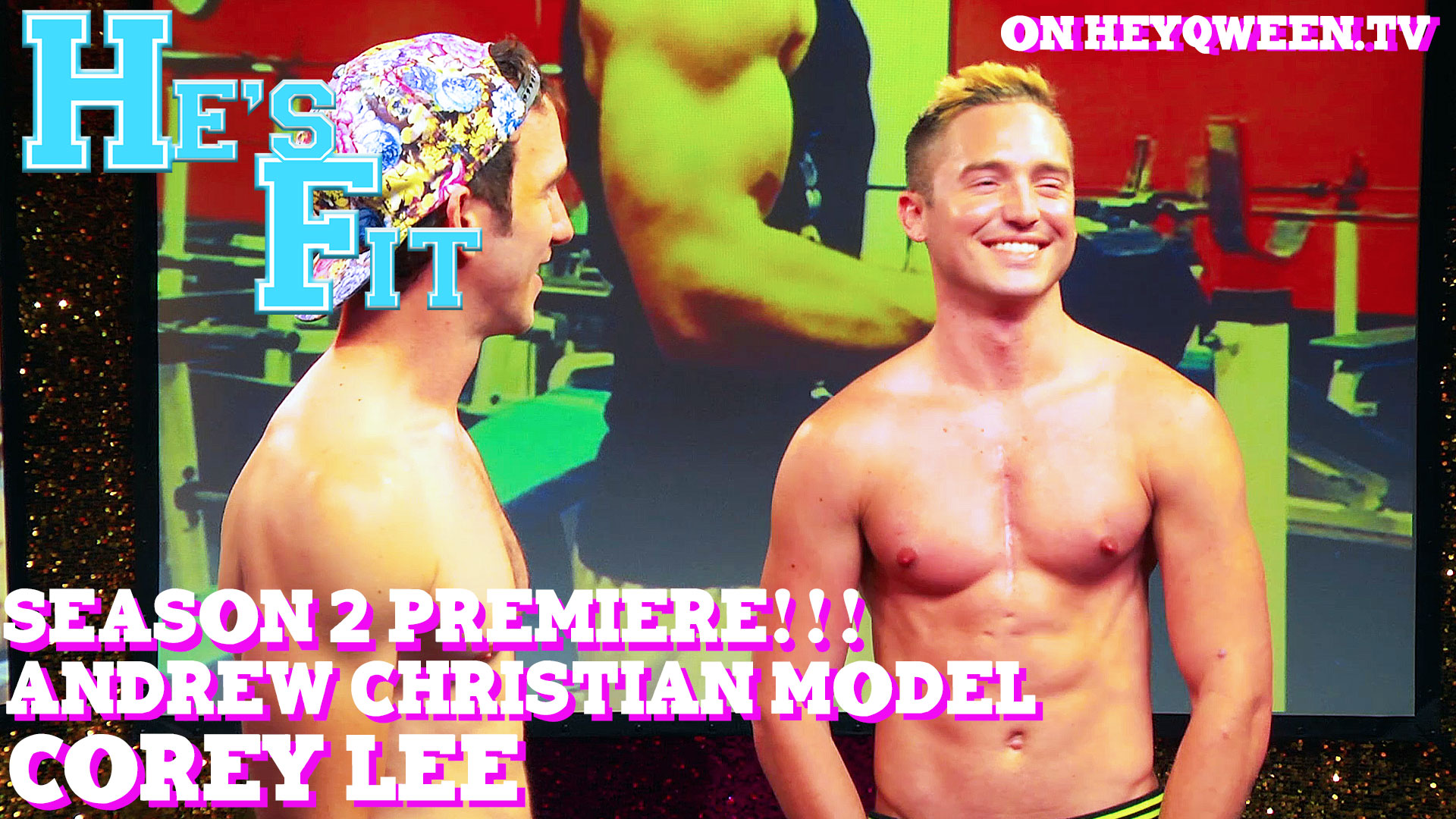 This week Andrew Christian Model Cory Lee joins Greg to get all sweaty!

Joining Greg McKeon in the He’s Fit studio today is Andrew Christian exclusive model, Cory Lee! Voted “Andrew Christian’s Up and Coming Model”, Cory is almost too cute to handle with a sexy smile and a toned body. Cory’s transformation from Junior Prom cutie to tight twink didn’t come easy though, as Cory opens up about his difficulties gaining mass and how he got to be so damn sexy today! Before Greg and Cory face off in a legendary Flex Battle, Cory lets it slip that there might be a nude photo of him somewhere on the internet… Super sleuths, report back to us before the next episode of He’s Fit!