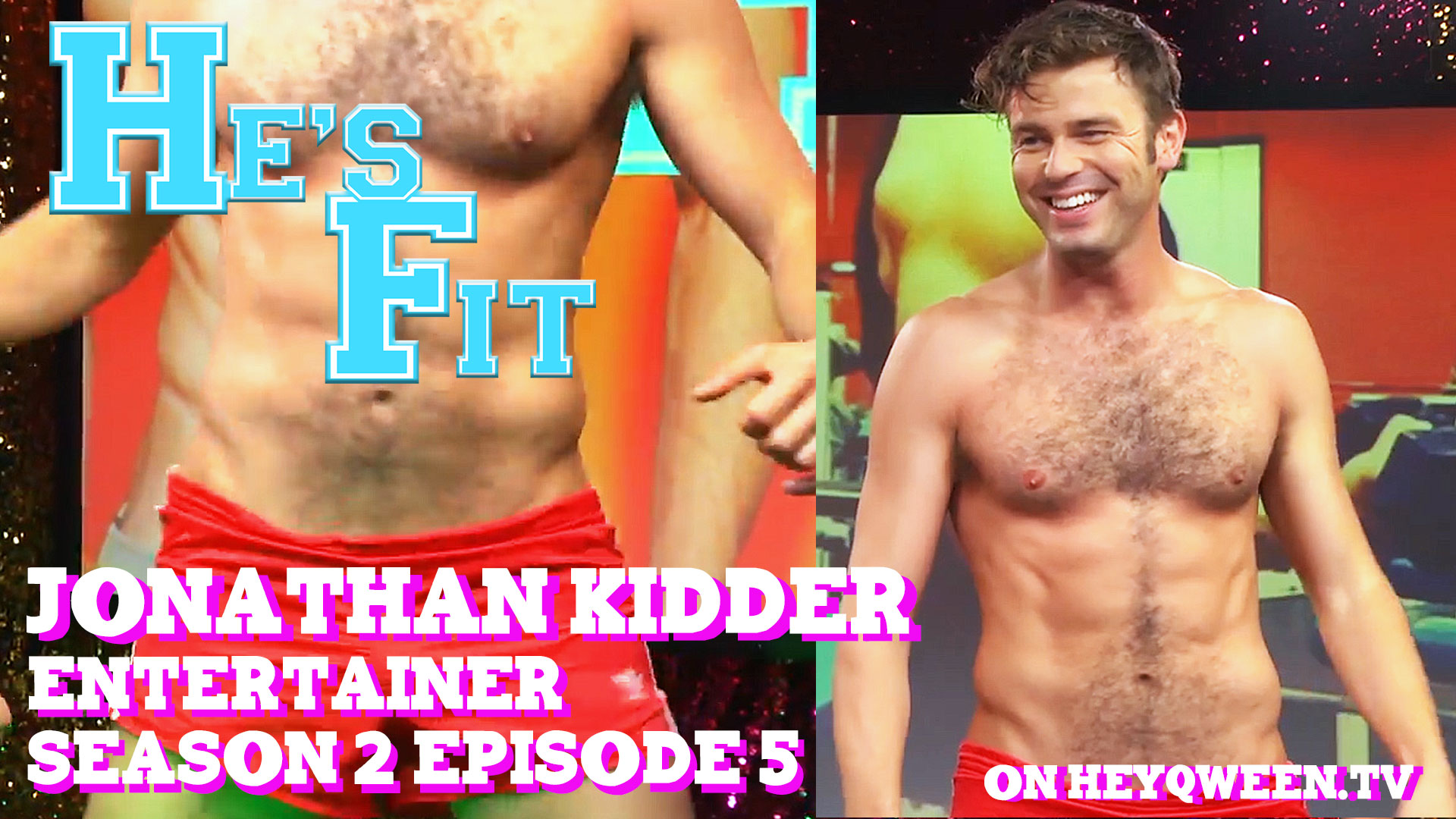 This week the man behind the character Miss Feugo joins Greg to get all sweaty!

We’re back with a brand new season of He’s Fit with our hunky host, resident Hey Qween gogo boy, Greg McKeon, who isn’t wearing any underwear this time around! Joining Greg in studio today is our favorite scruffy puppeteer, Jonathan Kidder! Getting his start in fitness by gogo dancing, Jonathan tells us how a little heat and a little pressure turned him into the fit-yogi he is today! We start things off with our guys oiling each other up before Jonathan gives Greg a lesson in chakras before the two square off in a flex battle. NamasGAY!