Hey Qween! at DragCon: Jonny and Lady Red Couture at the DragCentric booth 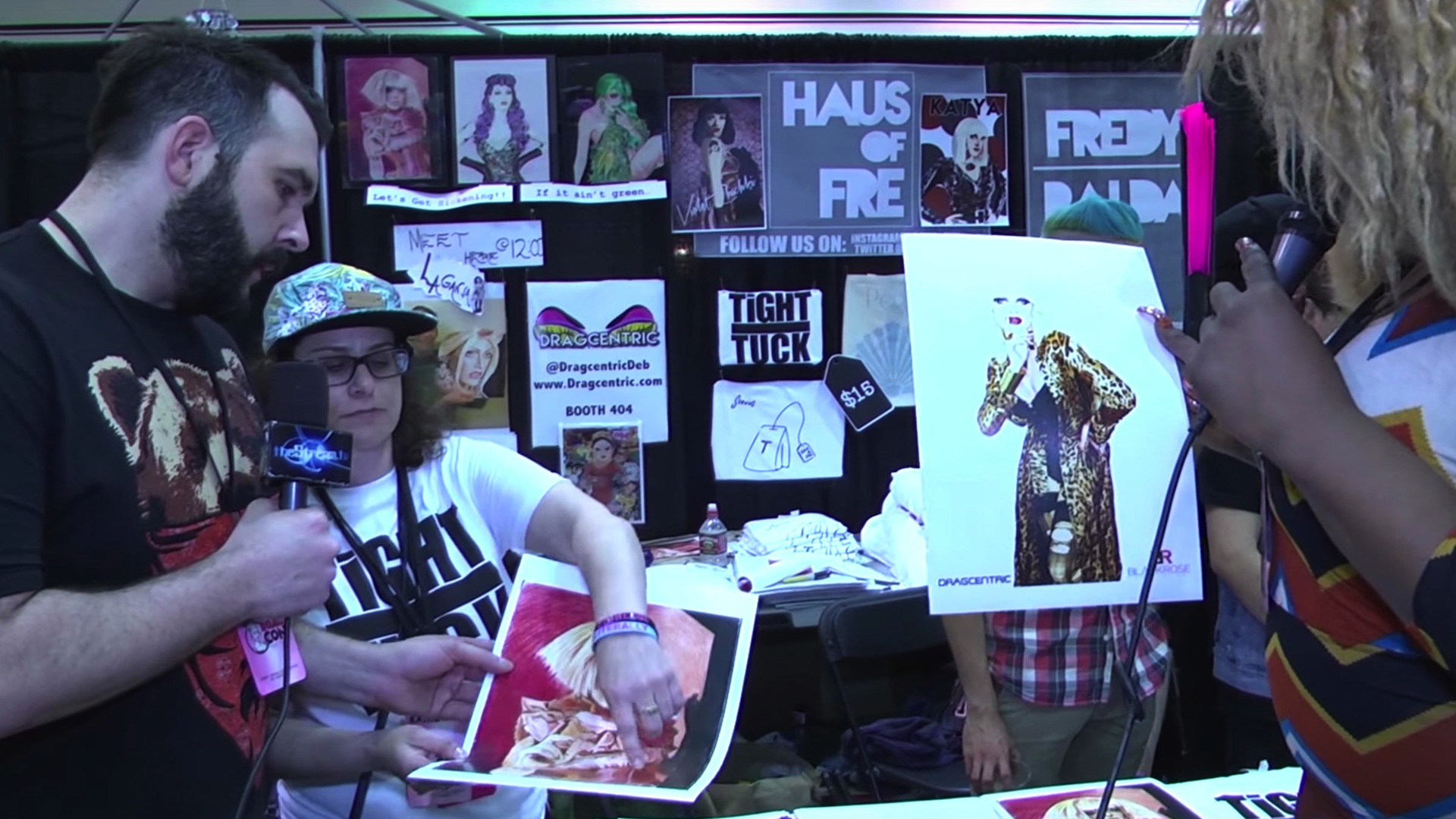