Hey Qween! at DragCon: The Dragcoven is fabulous! 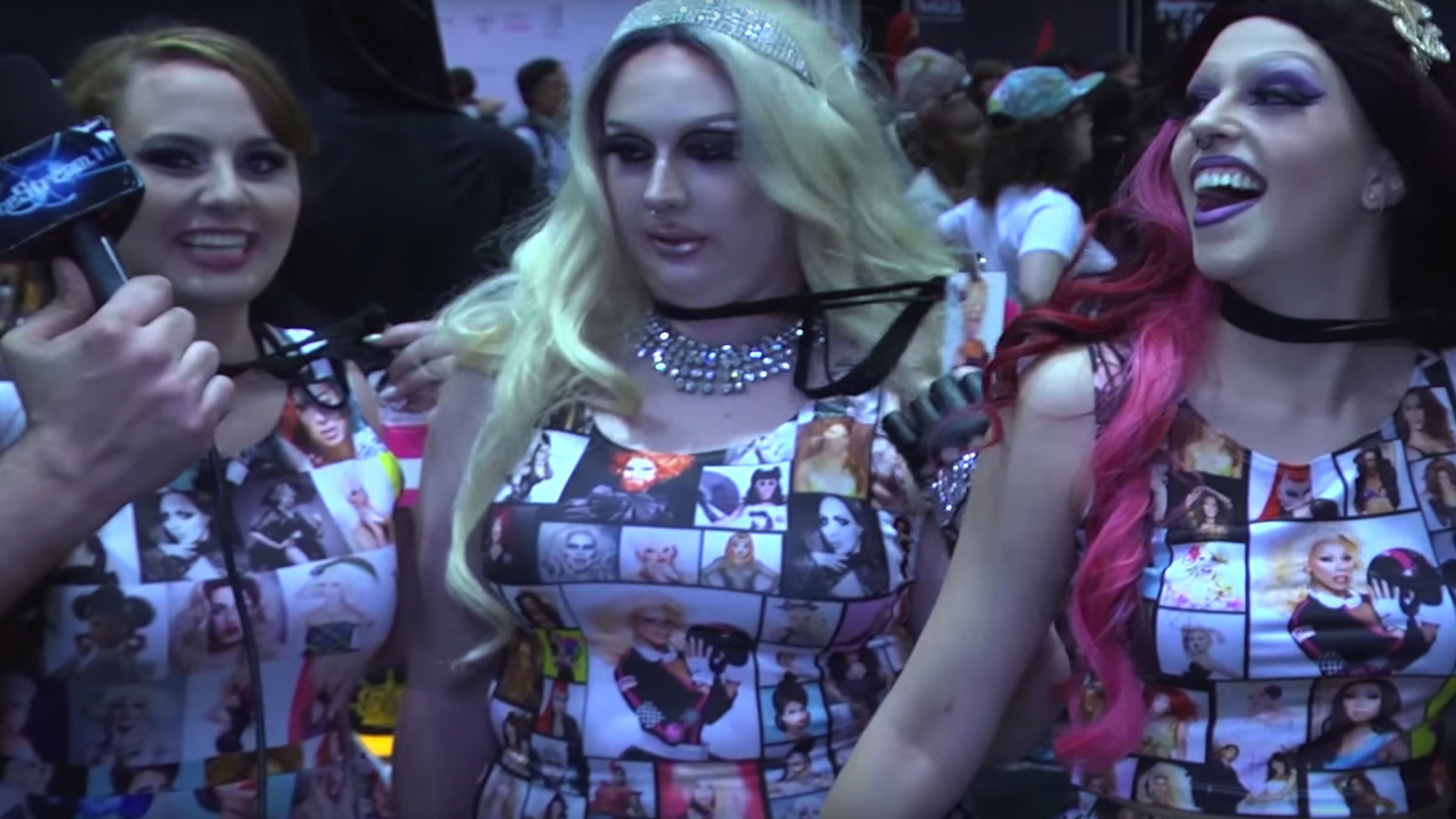 Jonny and Lady Red run in to some lovely ladies rocking dresses that feature all the contestants of RuPaul’s DragRace.