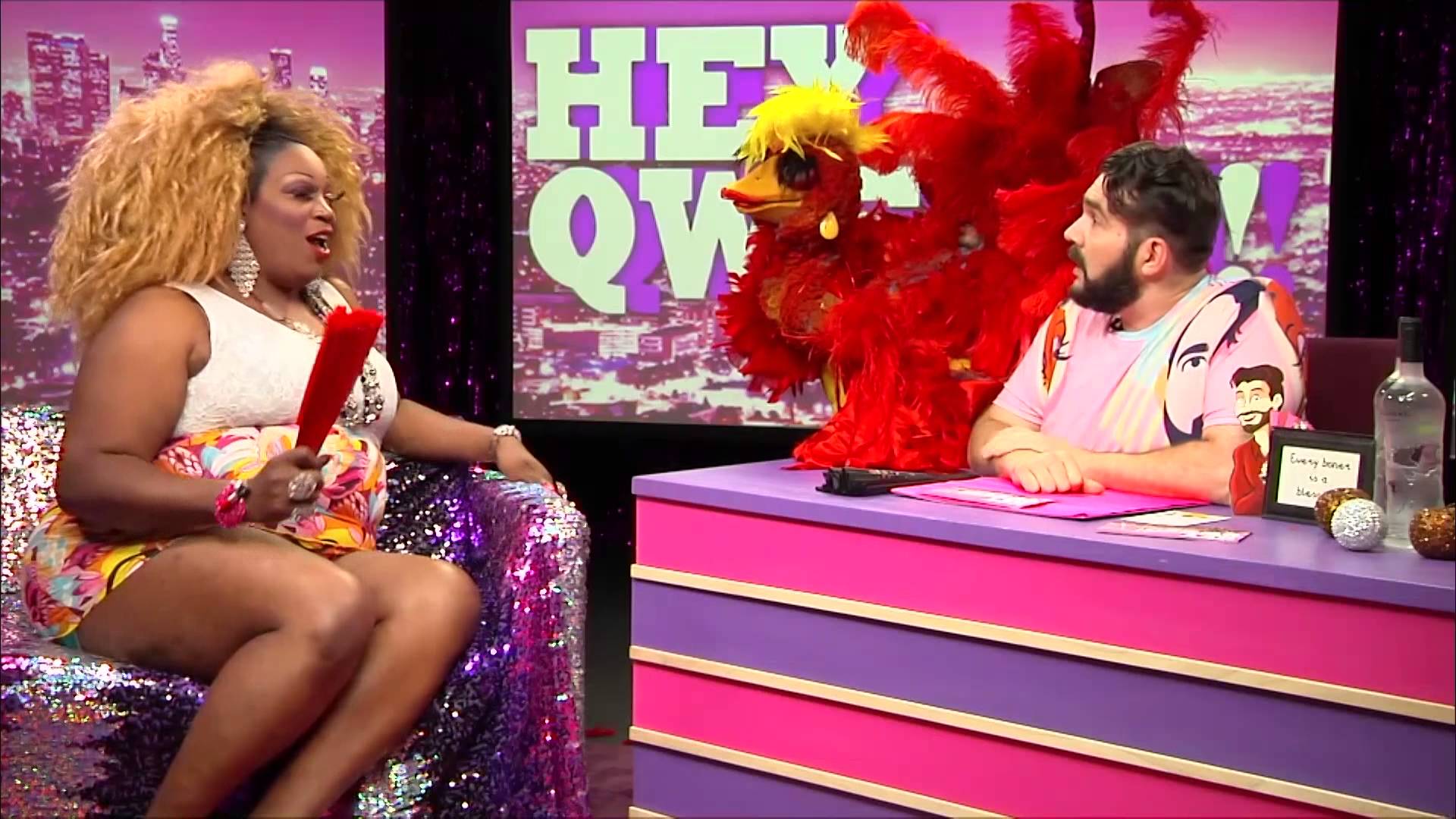 Trouble is here, and it takes form in this phoenix, Ms. Fuego! She crashes the set of Hey Qween in the middle of filming, and professes her love for Jonny McGovern!