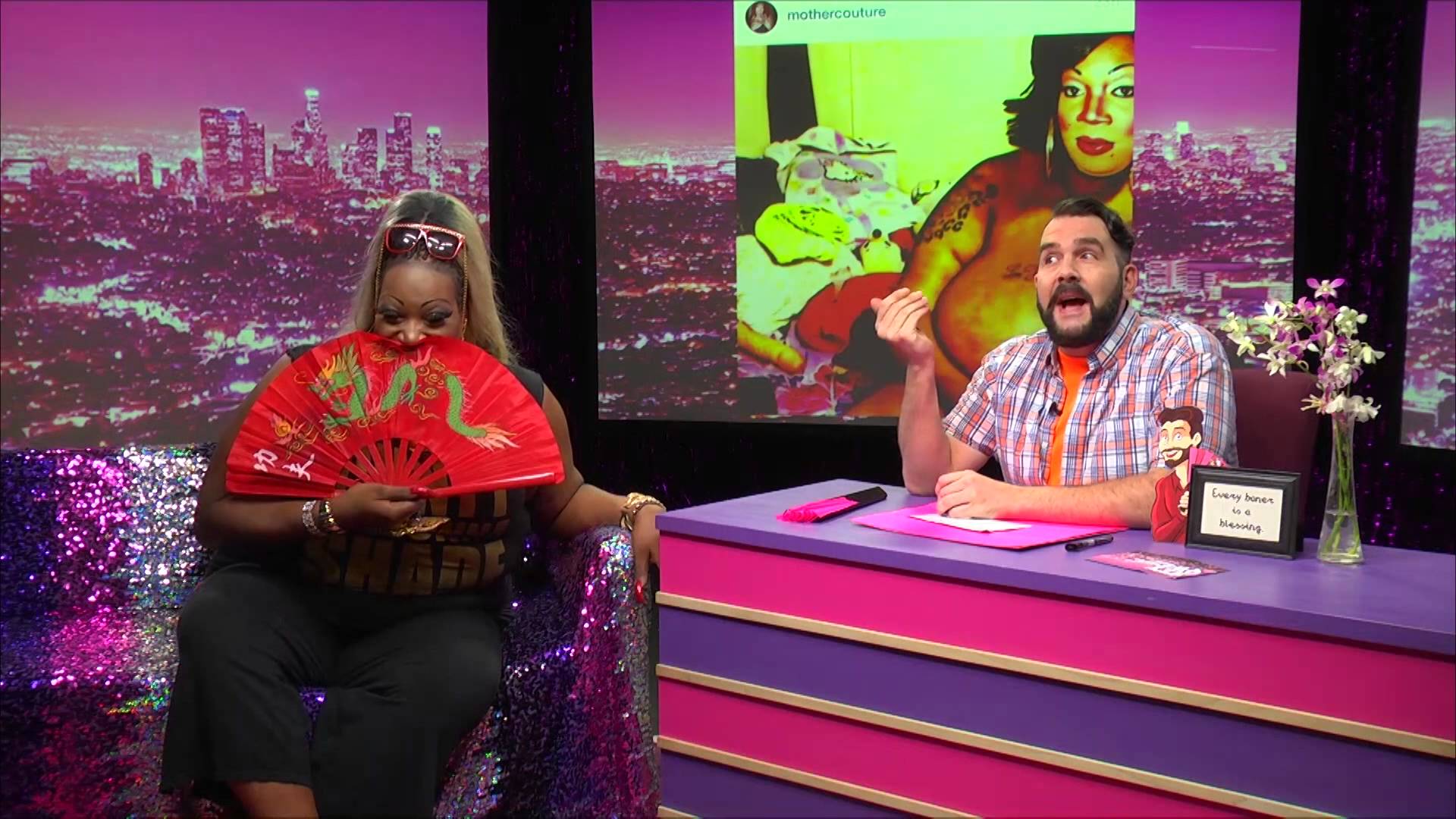 If you aren’t already following Lady Red Couture on instagram, you will soon be regretting it. Jonny McGovern grills Lady Red for her ‘stunt queen’ moves on instagram. In this bonus clip, we get to see the magic Lady Red pulls off when she photoshops and posts on her instagram account.