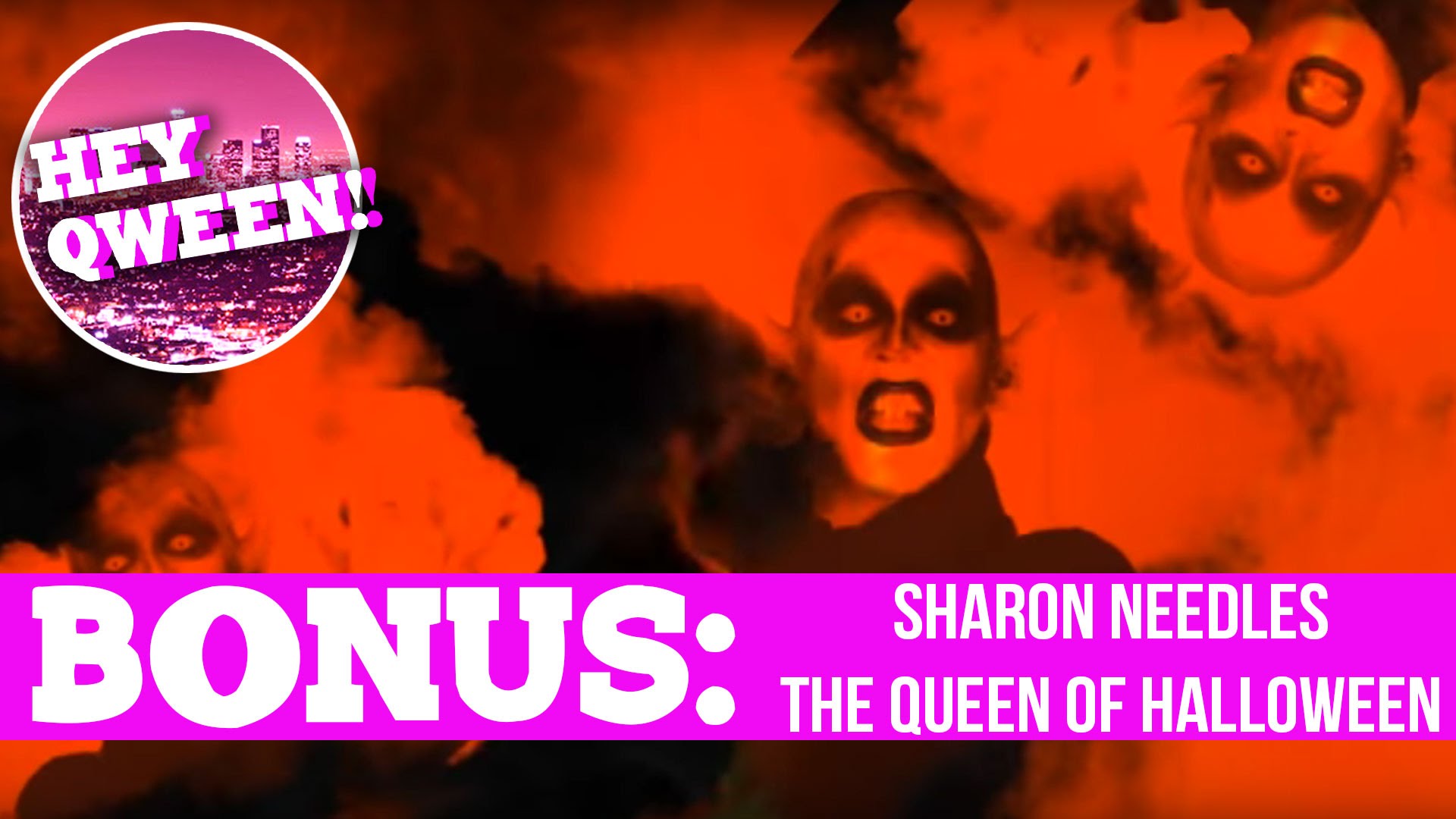 Sharon Needles, winner of RuPaul’s Drag Race Season 4, is on Hey Qween with Jonny McGovern and Lady Red Couture!  In this Hey Qween BONUS Sharon gives Jonny an idea of what it’s like the book The Queen of Spook, for her favorite holiday, Halloween!