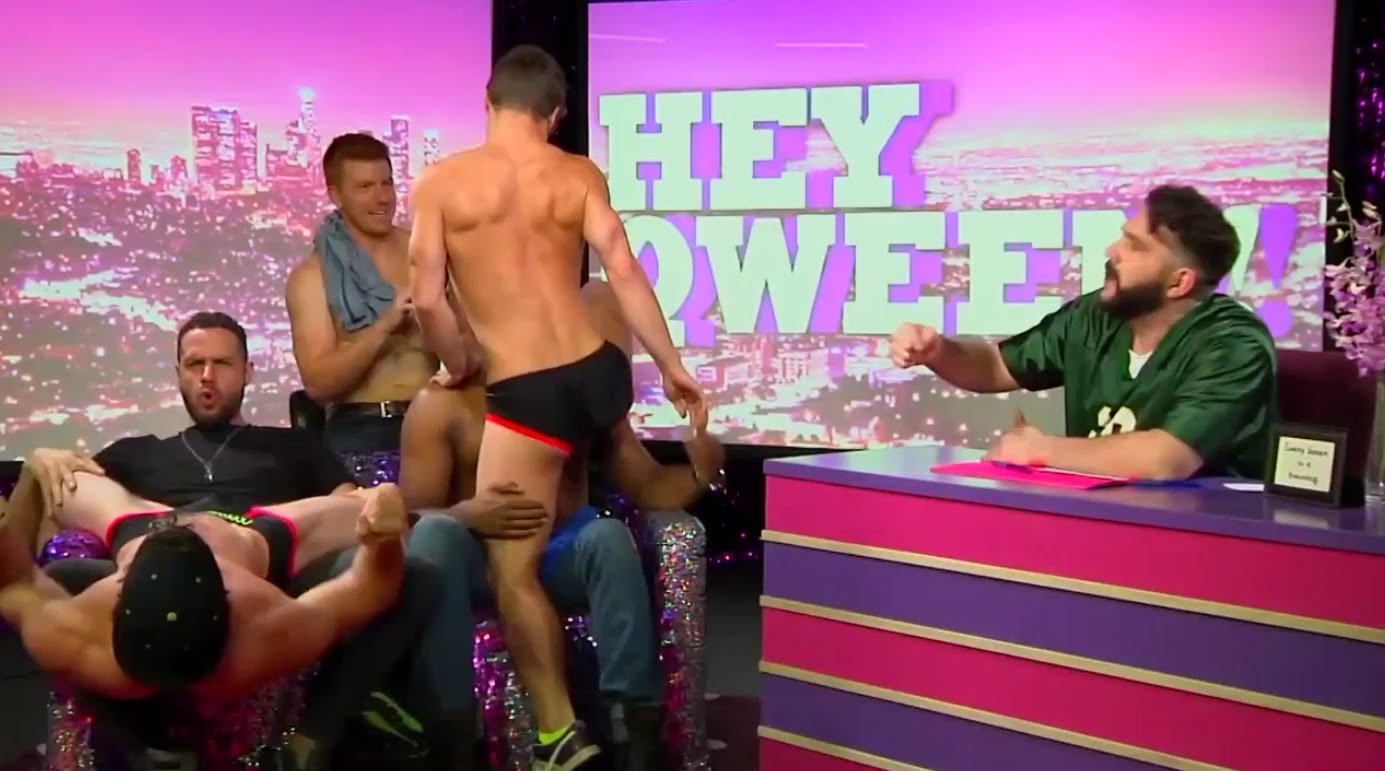 In this Hey Qween! BONUS clip The Pit Crew Gets Naked For Double Lap Dances