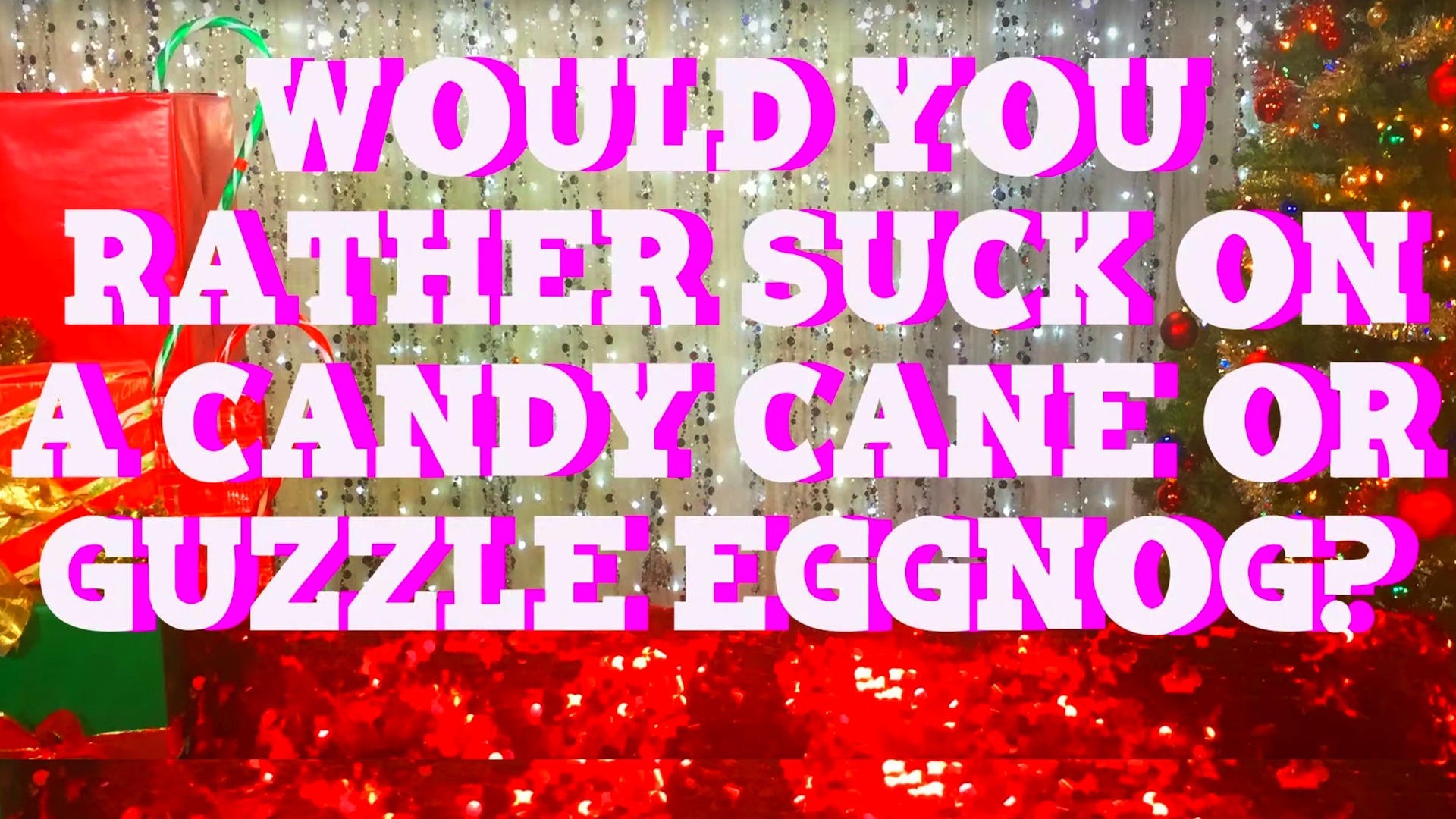 We ask the guest stars of The Hey Qween Holiday Spectacular “Would You Rather Suck on Candycanes Or Guzzle Eggnog?” Raja, Tammie Brown, Miss Fuego, Mayhem Miller and Morgan McMichaels spill the holiday T!