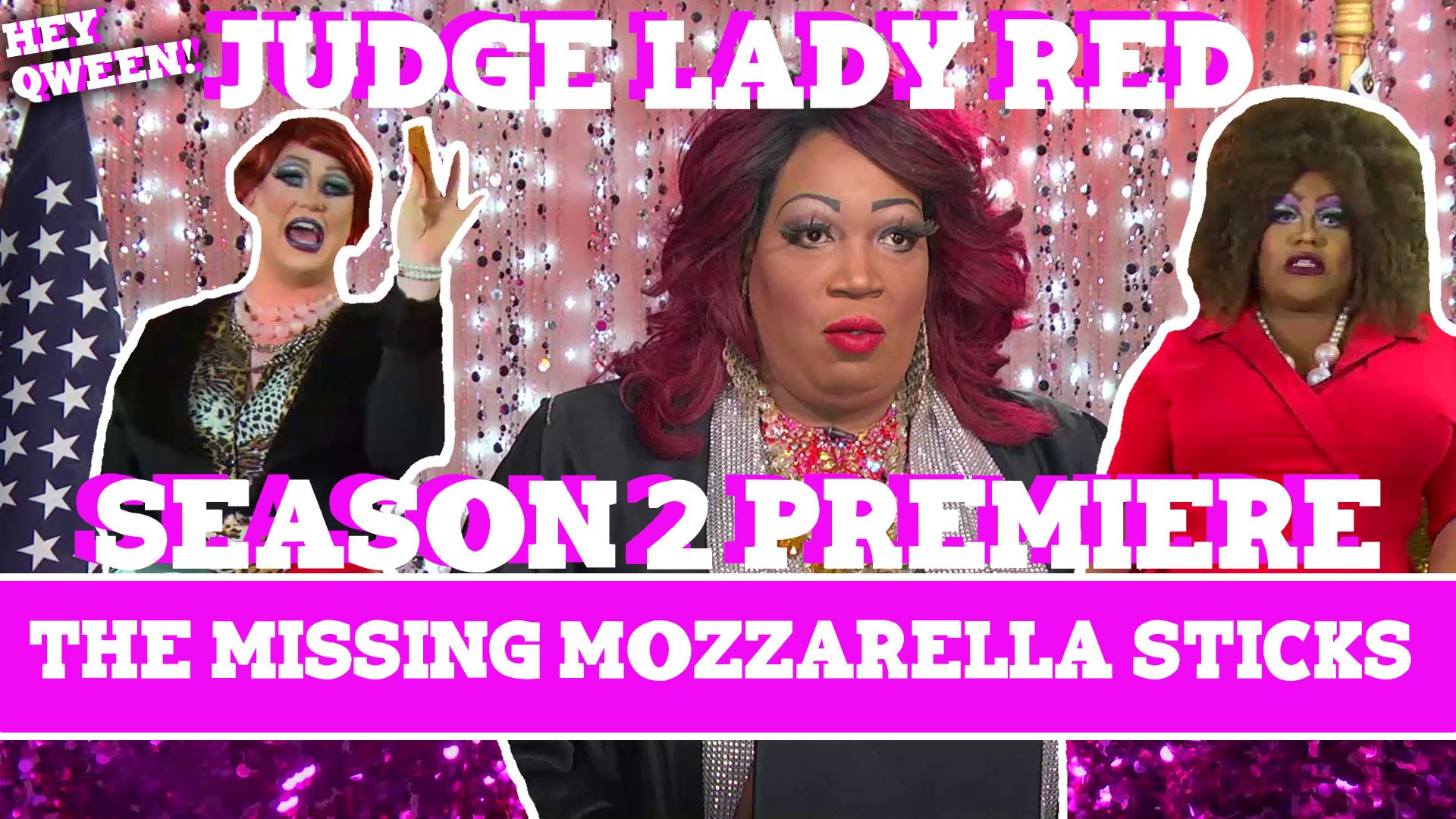 Hey Qween TV Presents The Season 2 Premiere of Judge Lady Red: Shade or No Shade! The Case Of The Missing Mozzarella Sticks!

On the Season 2 PREMIERE of Judge Lady Red, Pickles accuses Meatball of stealing her payment for a gig in Pacoima, CA; a plate of mozzarella sticks. WIGS ARE ABOUT TO BE SNATCHED! STAY TUNED!!
Judge Lady Red Couture and Gayliff Jonny McGovern preside over the shadiest qweens in the land.
You can’t judge the shade until you LIVE in the shade.
This episode stars up & coming drag stars Pickle & Meatball and the case is the shadiest yet!