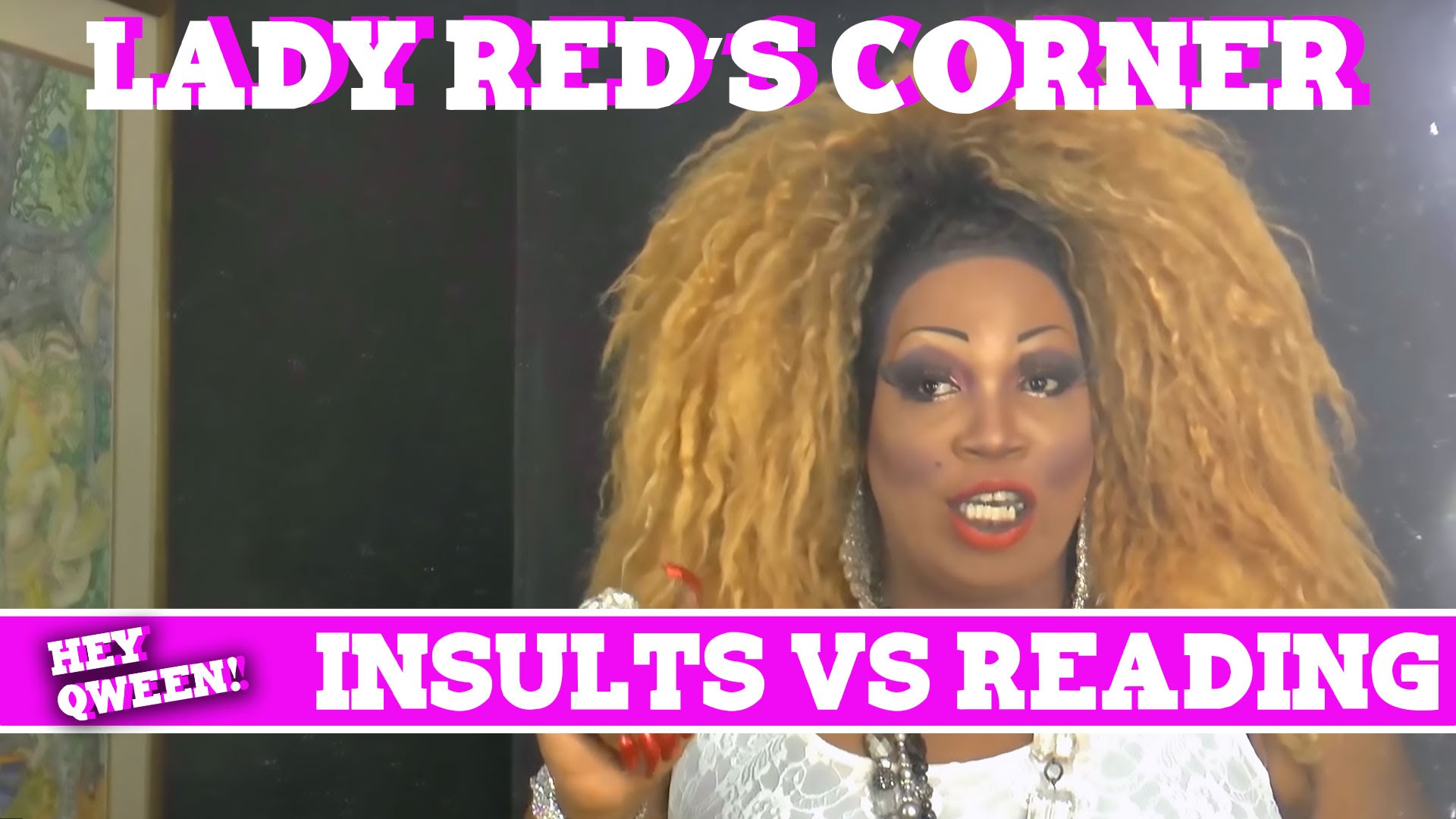 Lady Red Couture is here to EDUCATE the children! Want to learn the difference between insulting and reading? Watch this clip to find out, in a brand new segment called ‘Lady Red’s Corner’!