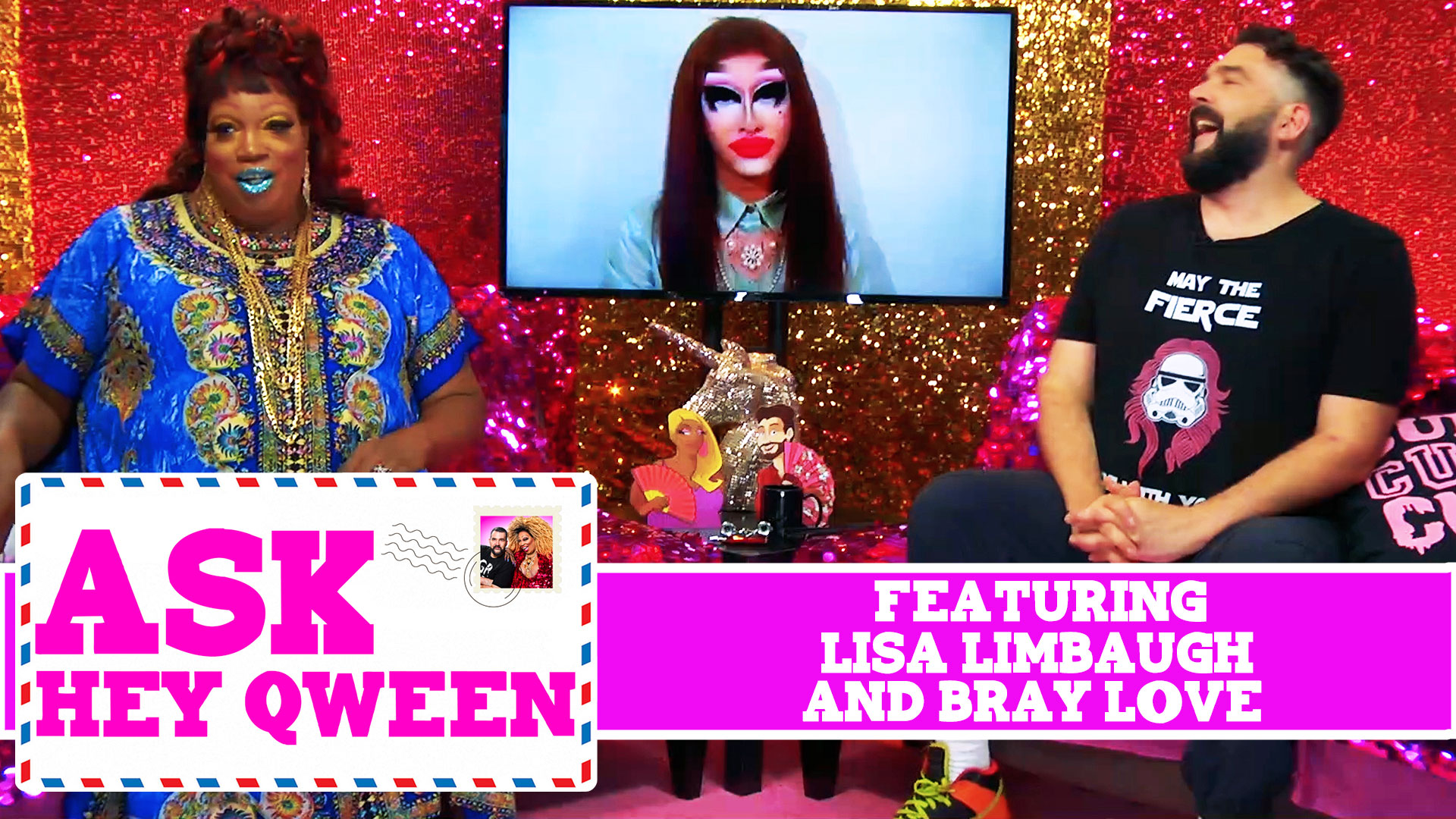 This week Lisa Limbaugh and Bray Love are featured this week on Ask Hey Qween!

Hey Qweens! We have an all new series for ya! “Ask Hey Qween” is where you finally get to ask Jonny & Lady Red your burning questions about love and sex! We picked our favorite submissions from Reddit, Twitter, Instagram, and Facebook about  the real T in your lives! Plus surprise video questions from Stars like Heklina, Duo Raw, Sherry Vine, Darienne Lake, Kasha Davis, Aggy Dune, Bible Girl, Lacey Noel, Julie Goldman, Brandy Howard, Bray Love X, Austin Waite, Jonathan Kidder & more!