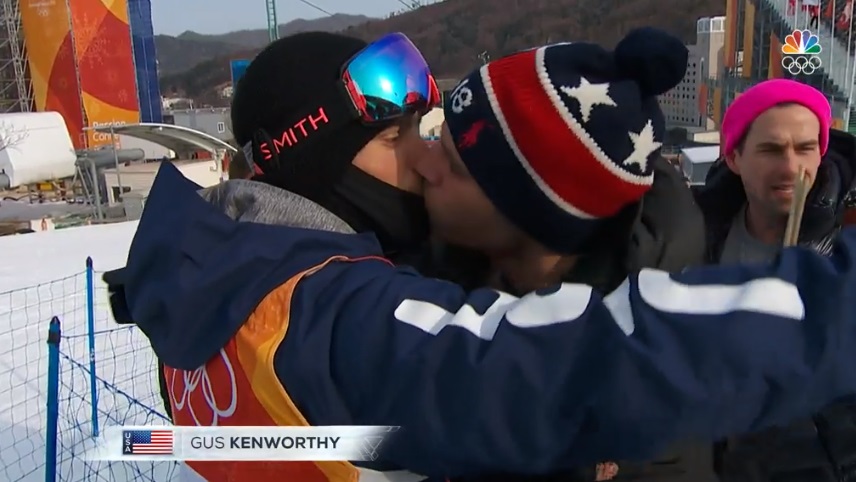 U.S. Olympic Skier Gus Kenworthy didn’t go home with the Gold this week, but he did make history.

Kenworthy, one of the first openly gay U.S. winter Olympians, unfortunately came up short at the men’s ski slope style final, but was met at the bottom of the hill by his boyfriend, Matthew Wilkas.

The two met in an embrace and  shared a brief kiss, caught on camera and broadcast live on NBC!

While the couple didn’t know they were being filmed, Kenworthy later took to Instagram to share his thoughts on the moment.

“My childhood self would never have dreamed of seeing a gay kiss on TV at the Olympics, but for the first time ever a kid watching at home CAN! It was the tiniest kiss in the world. I could’ve made out with him had I known.”

Come on progress! And speaking of progress, CNN reports that gay Olympians are now more popular than ever with sponsors!

In the past, many Olympians remained in the closet in fear that they could lose endorsement deals and honestly, their career. But now according to CNN, big companies like Nike, Samsung and United see diversity as a major plus for these Olympians marketability and of course, have all offered deals to them.