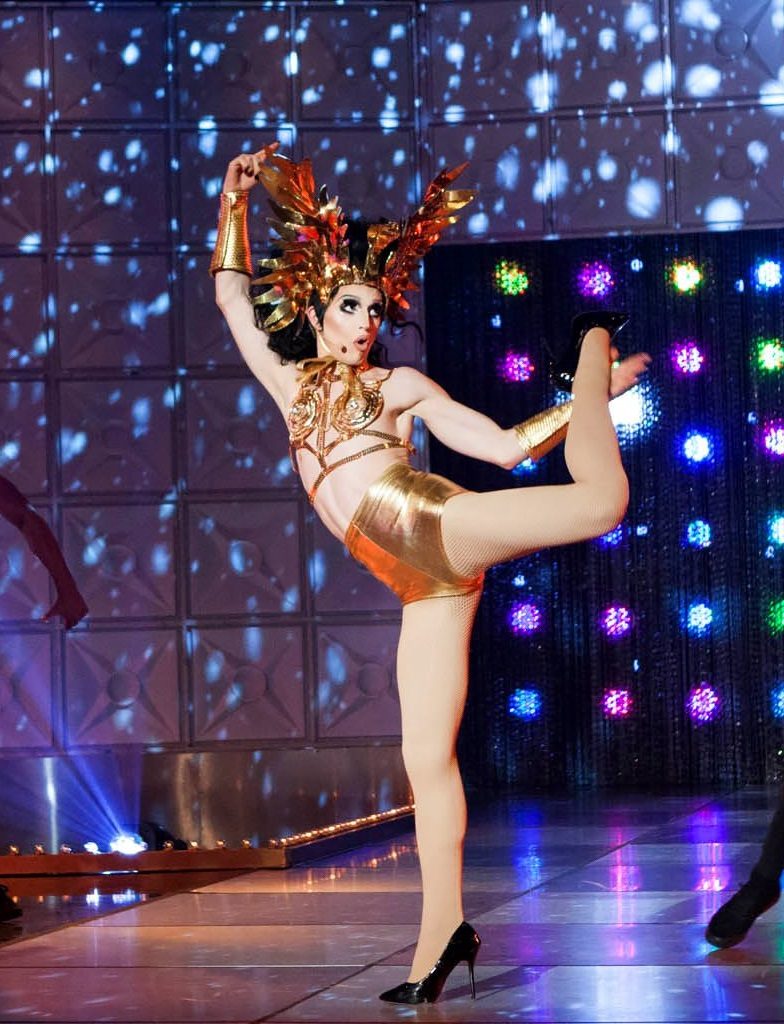 This week we start out the episode mourning the elimination of Monique Heart after a not-so stellar lip sync and tearful goodbye. Facts are facts and her lip sync could not hold up to The Vixen’s, but it was still hard to say goodbye to one of my favorite qweens of this season.

This week Asia O’Hara pulls The Vixen to the side for a one-on-one chat. Asia classifies The Vixen’s attitude as “Angry Black Woman” syndrome, which admittedly was a little cringey, but she doesn’t mean it as a put down. She sees that The Vixen has a lot of resentment towards those who have more privileged than her and that she is projecting that anger towards Eureka. The Vixen has a moment of vulnerability and shares an embrace with Asia, it’s good TV and has a good message.

Asia O’Hara get’s the realest taste of Ru’s wrath when the host actually accidentally slaps her. It’s worth the pain because she snatches the win (while almost certainly waiving her workplace violence suit lol).

The main challenge this week is another musical challenge, this time it’s “Cher: The Unauthorized Rusical.” Each queen must take on the role of a different era if Cher while also singing live in front of the judges. While I get why singing live is an important skill, I feel like you couldn’t hear what a lot of the queens were even saying as they were trying to do their dance moves, remember their lines and to top it all of sound like Cher. Everyone brings their own style, some gave applause-worthy performances while others fell flat.

This week on the runway the queens served their best glitter looks, or as it was pointed out in Untucked, their best sparkly looks as not everyone relied solely on glitter. As someone who loves all things shiny, I was of course living for every moment of this runway. I didn’t see one look I didn’t love. In the end though, the reserved, but clearly talented Kameron Michaels was named this week’s winner while The Vixen and Asia O’Hara found themselves once again in the bottom.

The Highlight: So many highlights this episode. From Aquaria‘s bedazzled eye-flaps to Cracker’s vomiting skull to Eureka’s stunning shattered mirror look, I was gagged from the get go.

The Lowlight: Like I said earlier, I loved all the looks, even Asia’s glitter clown look I found stunning. I guess the only lowlight might be Monet’s tape exposure, but to be honest I didn’t even notice it until the judges pointed it out.

This week, our bottom two take on Dee-Lite‘s “Groove Is In The Heart.” Nothing groundbreaking here, but both queens turn it out with ease. In the end, RuPaul sent The Vixen home. She had one of the most conversation-provoking stints on Drag Race and I’m certain she will not be forgotten as the show chugs along.

What did you guys think about this week’s episode? Let us know your thoughts in the comments…