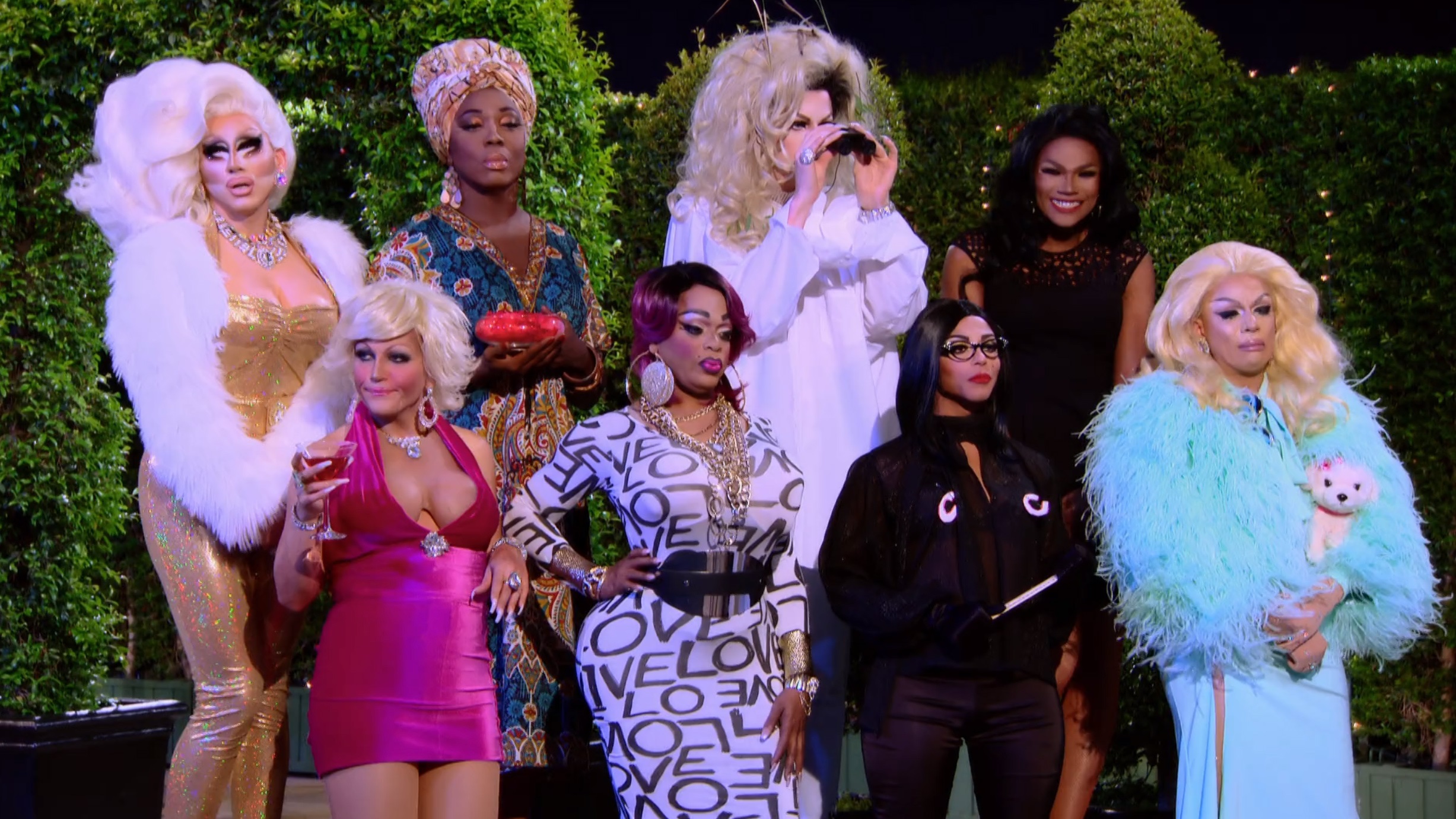 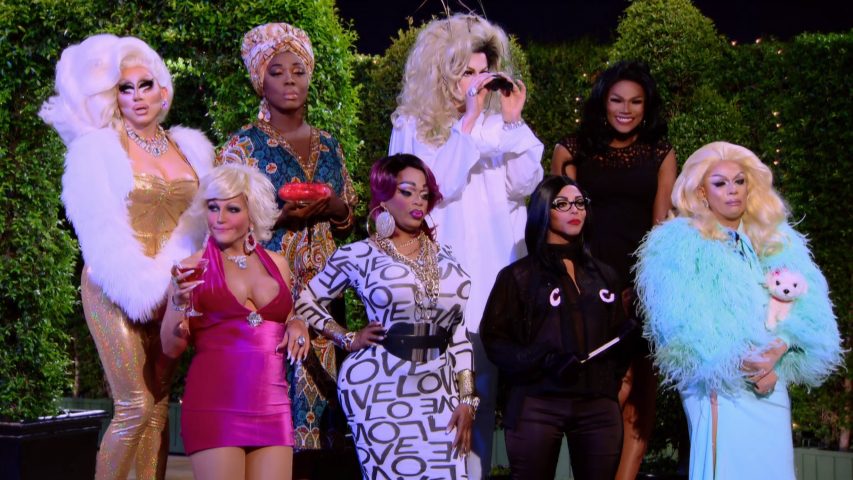 This week on “All Stars” we mourn the elimination of Thorgy Thor with some good ol’ fashion drama between Kennedy Davenport and Milk Speaking of Miss Davenport. Kennedy was NOT impressed in the slightest by Thorgy’s phallic lipstick message, but Milk laughs it off saying she wouldn’t get it being that she’s not a “clown.” What did you guys think about that? Does Kennedy have a point or was she blowing the whole thing out of proportion?

Fresh off the “VH1 Divas Salute to RuPaul” challenge last week, our qweens’ improv skills are put to the test in a Bachelor parody, lovingly titled “The Bitchelor,” starring Unreal’s Jeffrey Bowyer-Chapman. It’s a really fun acting challenge, which are usually the hardest challenges to watch, especially when a qween (or multiple qweens) flops on set. May we never forget the time Ru basically exploded during that tragic ShakesQueer challenge a few seasons ago.

OH.MY.GAWD. this week’s Wigs On Wigs Runway had me GAGGING!  Is there anything more satisfying than a reveal? And then another reveal? Especially, when it comes to wigs because as we saw tonight, it can go really well and it can also go South pretty quick.

BenDeLa kicking things off with an updo that leads to a three foot long black wig. But she’s not done yet folks, after that Ben tears away her short black dress to reveal a skirt made up of hair! I love a qween that thinks outside of the box (no shade Shangie) and Ben once again delivers.

Bebe is up next with a blue Kimono straight off the Kimono-you Better Don’t moment from the “Night of 1000 Madonnas” runway. It’s a tear away reveal to a shorter blue getup and her updo transforms into a fun high ponytail.

Trixie struts her stuff in a Lady Bunny-esque look that transforms into her “Tatianna ‘Same Parts’/ Dennis The Menace fantasy.” The reveal wasn’t as jaw-dropping as some of the other qweens’, but the final wig is the stuff of Meme legend and I was living.

Milk comes out in a big orange wig, which she takes off to reveal a ponytail, nothing groundbreaking. But then she begins pulling the ponytail out of her head adding length and, what I’m sure she thought would have been a wow moment. Unfortunately the gag wasn’t properly executed and the cup her ponytail was stored in is completely visible.

Kennedy is the first qween to pull off a true, wig on wig on wig reveal and it was of course iconic. Love her or hate her, you can’t deny that this bitch is here to slay!

Aja is another qween that’s not afraid to think outside the box (again no shade, Shang) and she definitely gave me my entire life with her anime-inspired, triple wig reveal. Aja is a force to be reckoned with the best part is, she’s not afraid to take criticism and learn from it.

Chi Chi brought another side to herself on this runway, giving us afro beauty and then transitioned into a long, straight wig. Two refined looks that almost made up for her lackluster Maxi-Challenge performance.

Shangela’s look is nothing short of absolutely insane and I was kind of living for it. Starting off as a glamorous cob of corn revealing herself from behind her husk, Shangela’s reveal is a short green wig with popcorn.

In the end, Ben and Kennedy are named the top two of the week, while Milk, Chi Chi and Aja find themselves in the bottom. Backstage, Kennedy says she doesn’t need to speak to the bottom three, I assume her decision was made within the first two minutes of the episode. It’s a power move for sure, but not necessarily a smart one when it comes to snatching up that airtime.

This week, our top two take on Lorde’s “Green Light,” a song from one of my favorite albums of 2017. Unfortunately, while it’s a good song, it’s not the best lip sync track and it definitely shows as Ben and Kennedy struggle to make anything of it. In the end, Kennedy is named the winner and without skipping a beat, she sends Milk packing. Was it the right move? Let us know your thoughts in the comments!