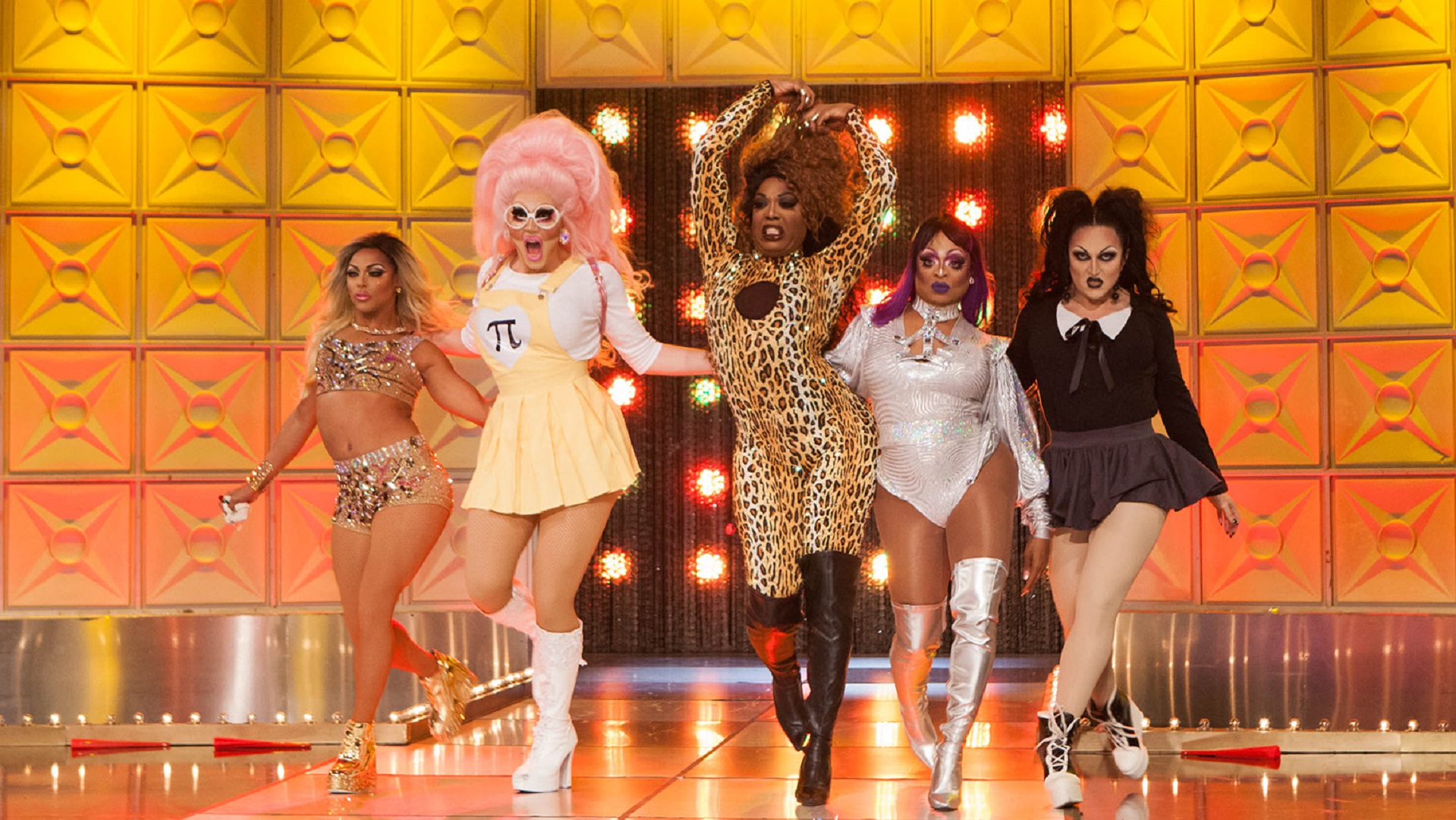 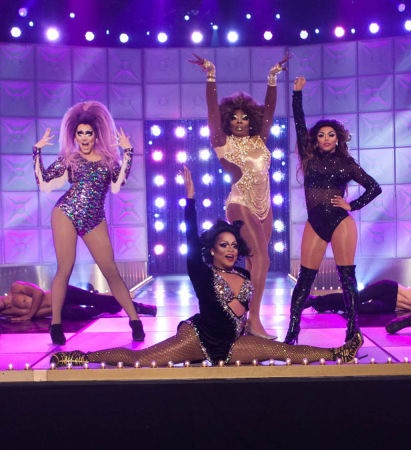 It’s the finale hunties! Whether you loved this season of All Stars or were just anxiously waiting for Season 10 you have to admit the qweens pulled out the stunts!

From shocking eliminations to even more shocking last minute twists, “RuPaul’s Drag Race: All Stars” turned it up to 100 and keep people talking all season long.

The challenge this week has the qweens auditioning for a new pop super group… the Kitty Girls! Each queen is to create their own girl-group persona ala the Spice Girls (By Spice, Scary Spice, Sporty etc.) and perform a number consisting of verses written by the queens.

Ru throws the girls a curve ball, revealing that all the eliminated queens are back to compete, and one of them will be returning to the competition.

And unlike last season’s return of the queens, this season the queens are hungry for blood! All of the eliminated queens, minus Chi Chi of course, has a bone to pick with the remaining contestants. Morgan resents Bendela for kicking her off first, Shangela wants answers for that “Shady bitch” note from Thorgy Thor, Aja wants an apology from Bebe for not acknowledging her contribution to her runway look in front of the judges and Milk thinks Kennedy eliminated her to save Chi Chi (which isn’t the case).

I’m all for the dramatics of a reality TV confrontation, but watching all of these queens hash it out around the table started to feel excessive after a while.

No runway this week, but we do get two Spice Girl-esque performance. The Top 5 Qweens do “Drag Up Your Life” while the Eliminated Qweens perform to “Sitting On A Secret.”

The top 5 qweens are named the winners of the challenge and Ben and Bebe are named the top two of the week. This time around the winner of the lip sync will not only chose who gets the boot, but also which of the eliminated qweens gets to return.

This week, our top two take on Deborah Cox’s “Nobody’s Supposed to Be Here.” By the midway point of the song I had my bets on Bebe winning this week, but the second she took off her wig I knew this one was going to Ben. I love me some Bebe, but like Aja said, “You are not Sasha Velour.” Unless you’ve got a wig under that wig, rose petals or some other gag, you’re not wowing anyone. This isn’t season 1 hunty.

What did you guys think about this week’s episode? What are your thoughts on Ben’s decision? Who’s your pick for winner now? Let us know your thoughts in the comments